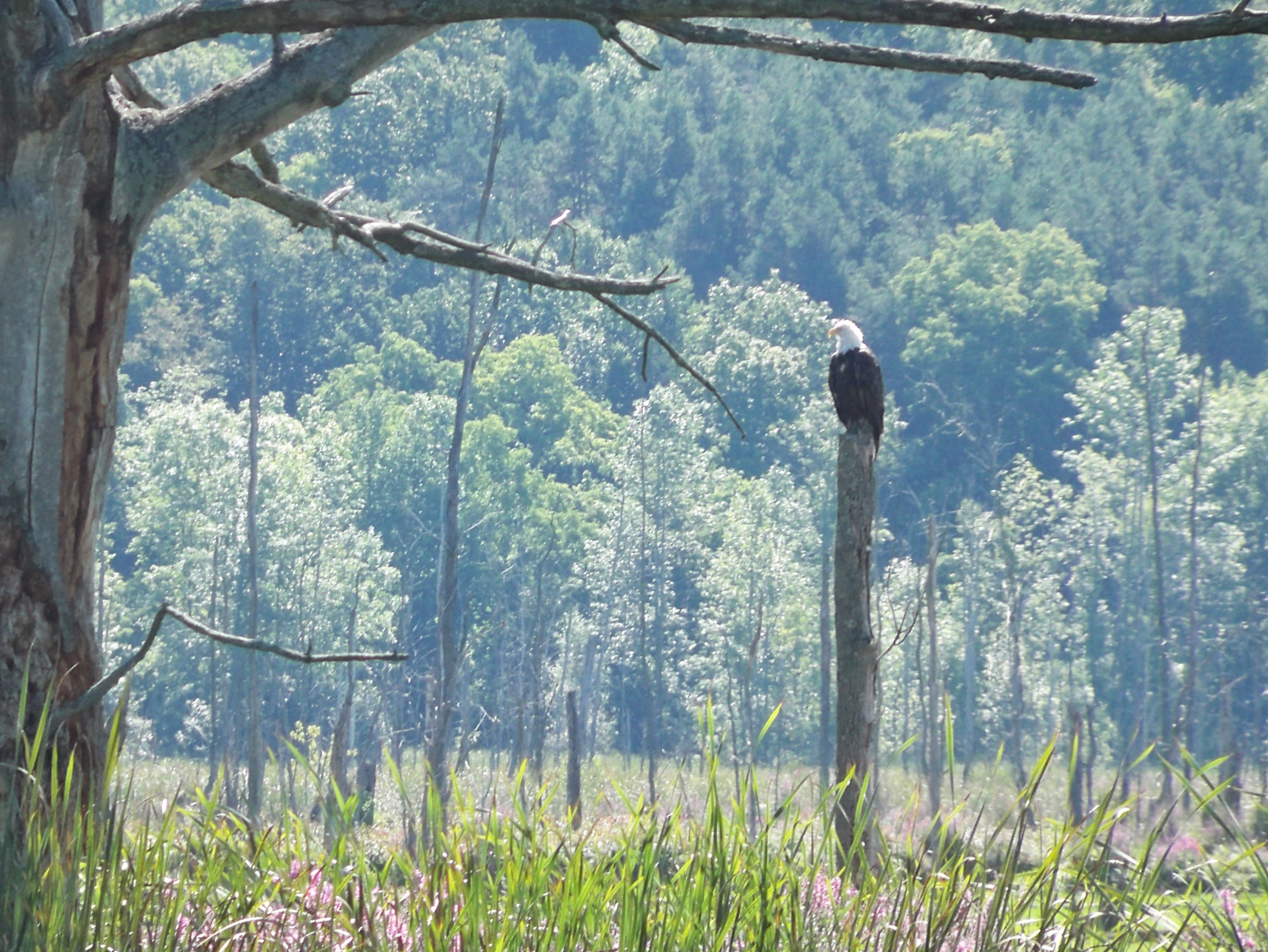 The Conesus Lake watershed covers an area of 70 square miles entirely within Livingston County. Seven municipalities are located partially within the watershed: the Towns of Conesus, Geneseo, Groveland, Livonia, Sparta, and Springwater, and the Village of Livonia. The Lake has 18 subwatersheds based on major tributaries. 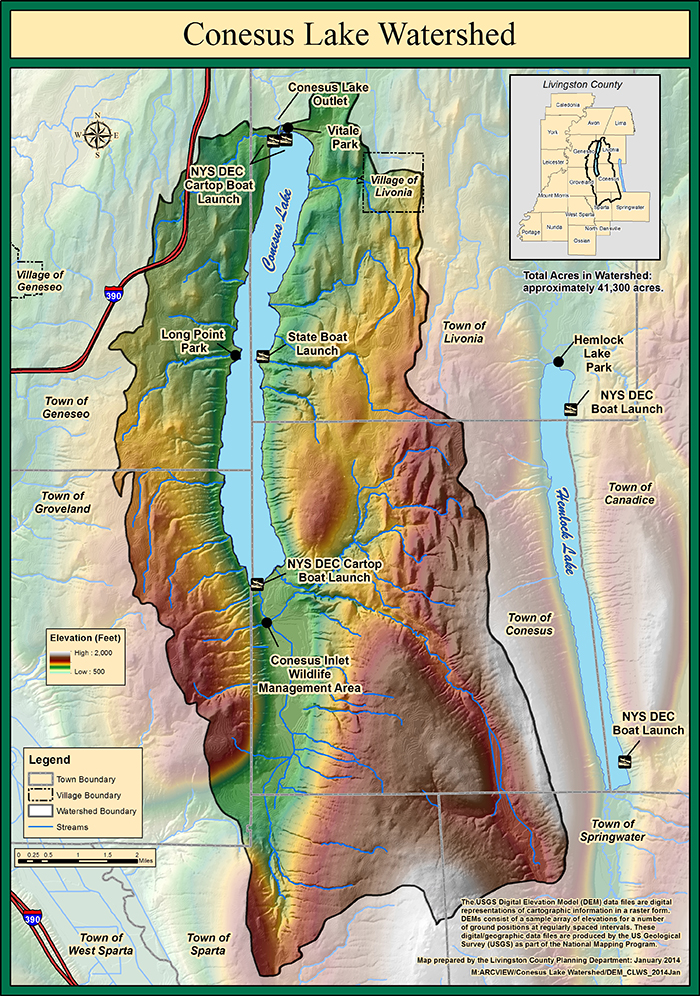 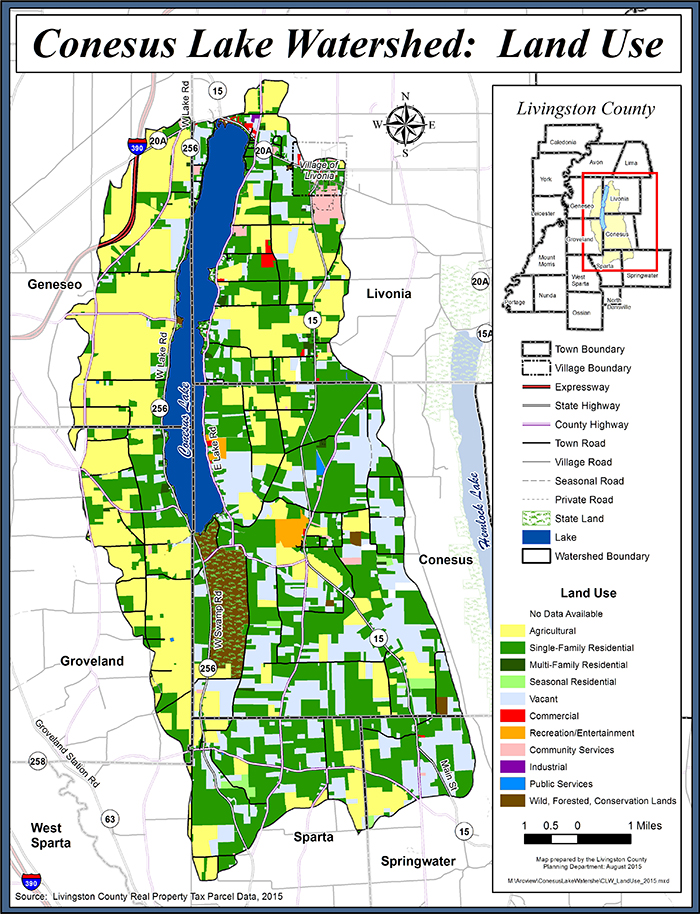 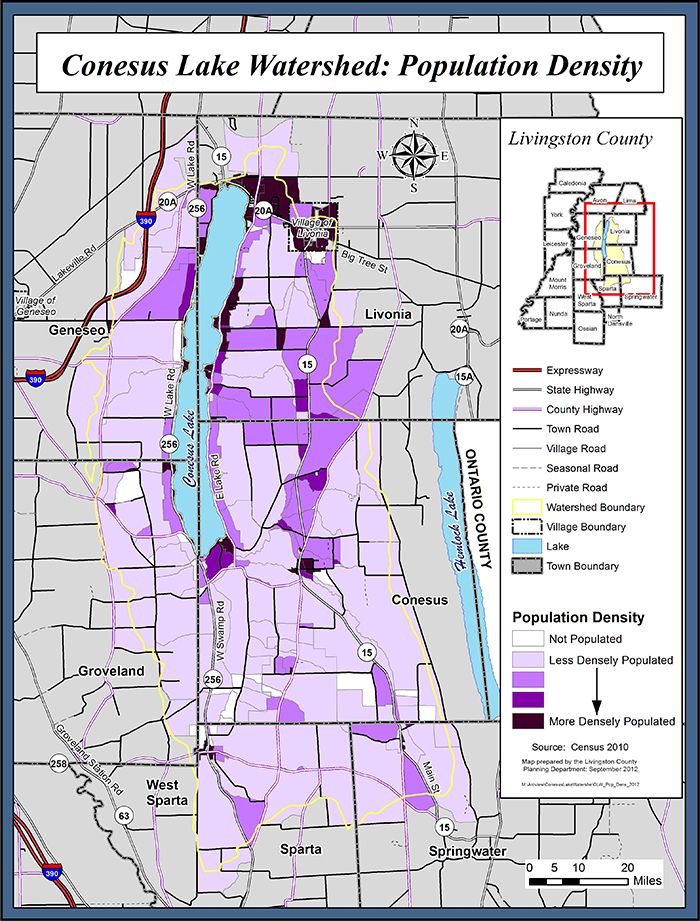 High population densities can be found ringing the lake shore, along the Route 20A corridor, and in the Village of Livonia and Hamlet of Conesus. 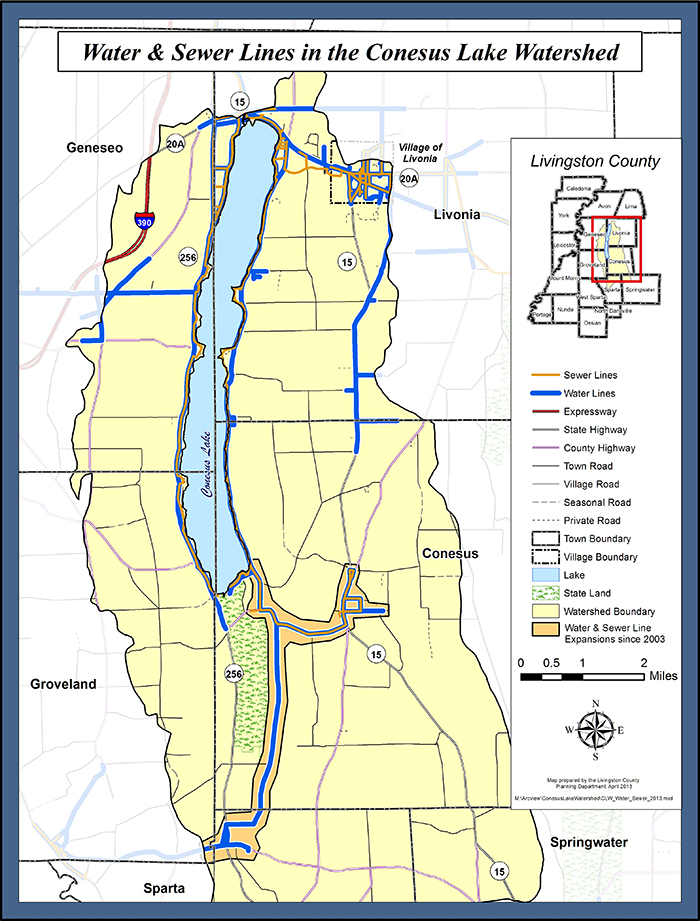